The structure is significant in the island's history for it represents the tensions within the Theravada and Mahayana sects of Buddhism; it is also significant in recorded history as one of the tallest structures in the ancient world; the height of the stupa is 400 feet (122 m), making it the tallest stupa in the ancient world. The structure is no longer the tallest, but it is still the largest, with a base-area of 233,000 m2 (2,508,000 sq ft). Approximately 93.3 million baked bricks were used in its construction; the engineering ingenuity behind the construction of the structure is a significant development in the history of the island. The sectarian differences between the Buddhist monks also are represented by the stupa as it was built on the premises of the destroyed mahavihara, which led to a rebellion by a minister of King Mahasena.

This stupa belongs to the Sagalika sect. The compound covers approximately 5.6 hectares and is estimated to have housed 10,000 Buddhist monks. One side of the stupa is 576 ft (176 m) long, and the flights of stairs at each of the four sides of it are 28 ft (9 m) wide. The doorpost to the shrine, which is situated in the courtyard, is 27 ft (8 m) high. The stupa has a 8.5 m (28 ft) deep foundation, and sits on bedrock. Stone inscriptions in the courtyard give the names of people who donated to the building effort. 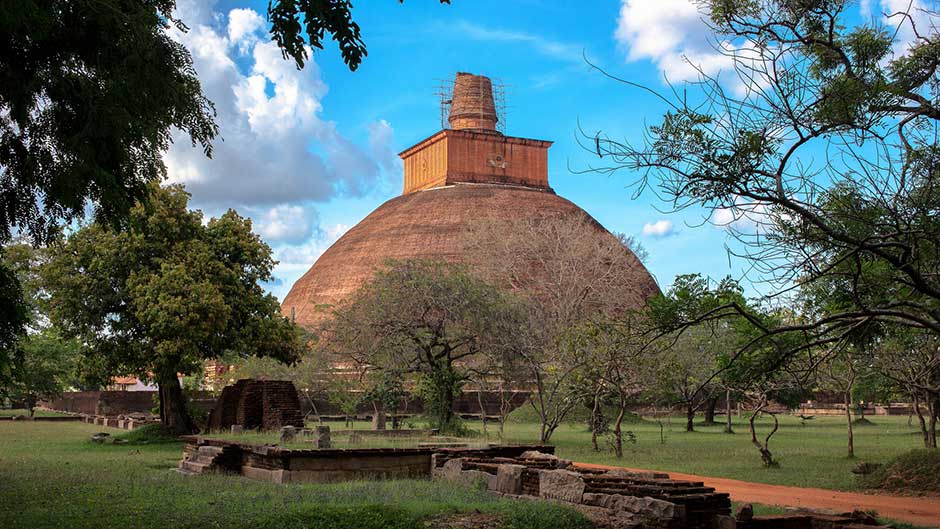 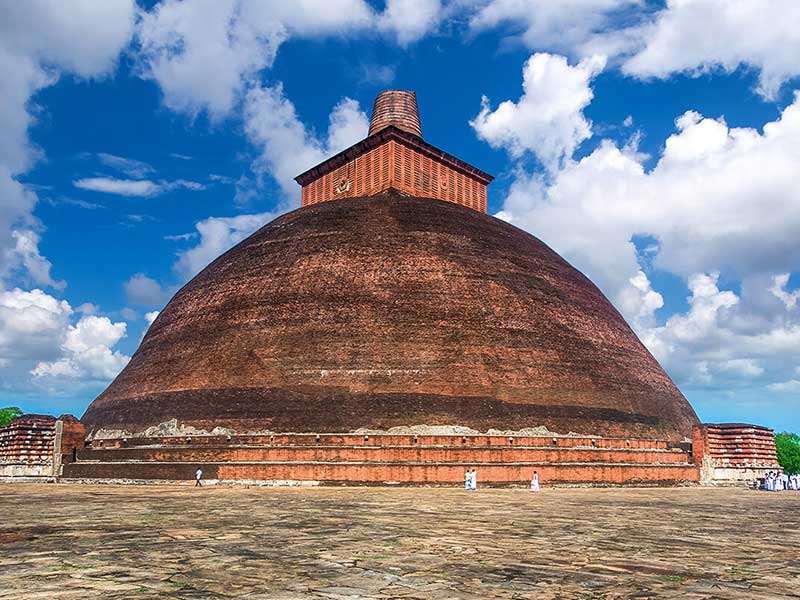